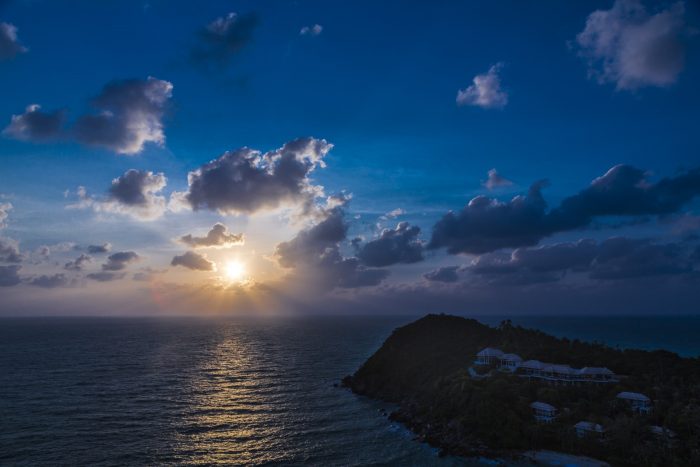 Thailand is a varied country, with a lot to see and do when you visit. Where you stay, and where you spend your time, will have an impact on your experience of the weather in Thailand. The south and east of Thailand are more prone to wet weather, for example, than the north and west. Average temperatures across the whole country tend to average between 19°C and 38°C annually.

Between January and April, things are very dry across most parts of Thailand. In Ho Chi Minh City January, February and March each have an average of just 10mm of rainfall, with April being slightly wetter with an average 40mm. In Bangkok levels are similar in January and February, but rise more significantly in March and April. Temperatures at the start of the year are very similar to in the later months, typically averaging around 28°C with average highs and lows of around 34°C to 22°C. As a result, the months between January and April can be popular times for visiting landmarks and enjoying the outdoor things to do.

Between May and July, rainfall levels increase across most of Thailand. This time of the year can be relatively humid and overcast, but this shouldn’t stop you from enjoying the many attractions that are on offer. Temperatures are typically around 28°C-30°C on average, with average highs and lows in Bangkok of 34°C and 26°C. In Phuket, temperatures are very slightly lower. Average rainfall levels through May, June and July tend to vary from 180mm to 300mm depending on where you’re staying whilst you visit Thailand. Phuket sees significantly more rain than Bangkok or Ho Chi Minh City, for example.

Between August and October, there will be a higher likelihood of overcast skies and rain showers. You’re likely to experience high levels of humidity. In September in Phuket, levels of rainfall average 400mm making this the wettest month of the year, whilst August and October are notably drier. September tends to be the wettest month in a majority of Thailand, though Bangkok has almost 50% less rain than Phuket during this month. Wherever you are, you will find that there are many things to do when it’s raining and so this shouldn’t be of concern, particularly with warm temperatures of around 27-30°C on average with average highs and lows of around 24°C and 33°C.

Across most of Thailand, rainfall levels are significantly higher in November than December. These are two of the drier months of the year, though. In Bangkok average rainfall in November is 40mm and in December it’s 10mm. Phuket has very different levels of 200mm and 60mm respectively. Across a majority of the country, though the weather may vary the temperatures remain fairly similar at averages of around 26°C to 28°C, with average lows and highs around 21-31°C.