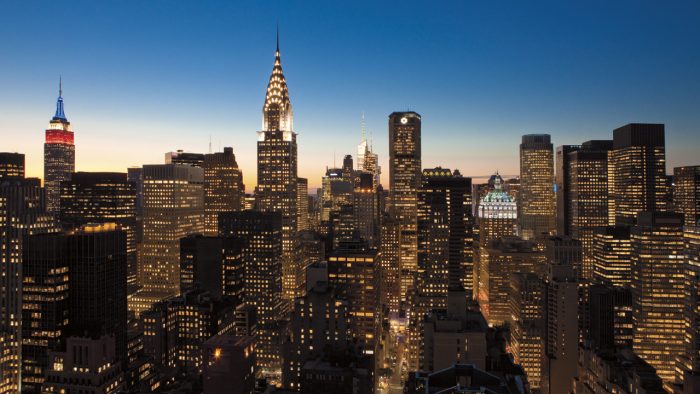 With a whole host of nicknames including ‘The Big Apple’, ‘The City that Never Sleeps’ and ‘The Capital of the World’, it’s no surprise that New York is something special. An unforgettable destination for honeymoons and romantic breaks as well as a variety of other luxury holidays, New York is a city famed for its exciting atmosphere, its world class food and its ‘melting pot’ culture.

Sprawling across five boroughs and located on the East Coast of the United States, in a natural harbour, New York is the place to see famous landmarks that include the Statue of Liberty and the Empire State Building. Yet it offers so much more besides, with huge city parks such as Central Park and with the incredibly enticing Broadway encompassing more than 40 theatres.

Why New York for your Holiday

The city of New York has a never-ending hum of excitement. From colourful China Town to the Brooklyn Bridge, there are so many things to see. You’ll be spoilt for choice when you’re dining out, but won’t want to miss the chance to try an authentic New York pizza.

The bright lights of Times Square are a sight that you have to see to really appreciate, whilst the Guggenheim Museum and New York Botanical Park are some of the quieter yet more thought-provoking New York attractions. Luxury holidays in New York are sure to be filled with a variety of things to do, as you stroll along the boardwalk of Coney Island or visit the Bronx Zoo with your family.

What to do in New York

Luxury holidays in New York are an exciting experience that many enjoy just once in a lifetime. There are so many things to see, no matter where your interests lie.

Some ideas for luxury holidays in New York include:

Cultural – Experience not just modern American culture but also a variety of other cultures whilst on holiday in New York. Though the city itself is a ‘melting pot’, areas such as China Town and Little Italy are where you can immerse yourself in a very different way of life.

Theatrical – New York’s Broadway is the place to go for musicals and world-famous shows. Some spectacular musical performances can be enjoyed at Carnegie Hall and the Radio City Music Hall within the Rockefeller Center.

Refreshing –Even in the Big City, you’ll be able to enjoy the wide open space of Central Park where you can go jogging, sit down for a picnic or watch a live performance or show. Though Central Park is by far the most famous, you’ll also be able to visit New York’s other outdoor spaces including the Corona Park and Brooklyn Bridge Park.

Romantic –A carriage ride in Central Park, sightseeing from the top of the Empire State Building or shopping at Tiffany’s are all ways to impress that special someone on a romantic break or honeymoon.

We endeavour to ensure the information on our website is up to date. However, information about destinations, hotels, activities and so on can often change. Therefore, please check for the latest information prior to any booking.

See why our customers love us