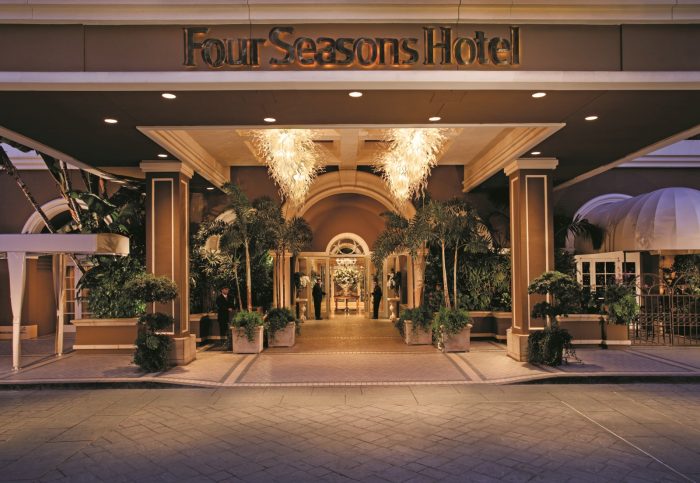 The home of Hollywood and favourite place for celebrity-spotting, Los Angeles is a sprawling city standing against a mountain backdrop within a coastal basin. Temperatures in Los Angeles are comfortable and mild throughout the year, whilst the weather typically follows a wetter winter and drier summer pattern. Enjoying the entertainment, abundant sunshine and famous attractions, your visit to Los Angeles is a fine-weather escape in any season.

Also worth noting is the fact that temperatures and weather conditions can vary greatly depending on whether you’re on the coast, inland or at a higher altitude. Temperatures can vary by 10°C across just a short distance, and summer days can start overcast but become very bright by lunchtime.

December, January, February and March are the wetter months of the year in Los Angeles, with average rainfall above 60mm but below 80mm in each month. Typically, the rains fall for an average of 6 days, which means that they won’t be casting a grey cloud over your holiday. Average temperatures in these months are 13°C-14°C, with average highs and lows of 19°C and 8°C, making for very mild winters with snowfall being a rare experience.

Through April, May and June, rainfall levels gradually decrease from 25mm on average in April to just 3mm in June. Average high temperatures are around 21°C to 24°C and average low temperatures are around 10°C to 13°C, making for overall averages of 16°C to 19°C. These are very comfortable months in which to travel, with sea temperatures along the coast being around 16°C which is perfect for a quick dip on a lazy afternoon.

Rainfall is almost non-existent in July and August. It’s very rare to see even a drop of rain during these months, and with average high temperatures of 28°C, average lows of 16°C and overall averages of 22°C, the summer is very dry but not overly hot. You can enjoy the warmth with a wide range of outdoor activities and sightseeing trips, only retreating indoors for an occasional blast of air conditioning that will refresh you ready for your next adventure.

Los Angeles temperatures in September, October and November slowly drop from an average of 21°C to an average of 17°C, with average high and low temperatures of 27°C and 10°C. These gentle days are relatively dry, with September seeing just 5mm of rain on average. Rainfall levels creep up to an average of 31mm in November, but even still it tends to rain on only three days of the month.