We are open now 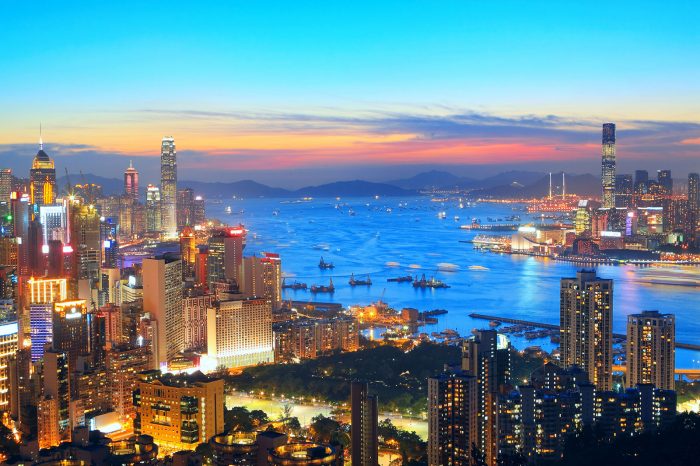 Visit Hong Kong and you’ll have the opportunity to experience many popular attractions, ranging from Hong Kong Disneyland to the Man Mo temple and the Kowloon Walled City. Hong Kong’s weather and its temperatures fluctuate quite considerably throughout the year, which means that you may want to plan your holiday around the type of weather that will suit you best.

Between November and February, rainfall levels in Hong Kong are at their lowest. These are the dry months, with rainfall averages of 22mm in November, 21mm in December and January and 33mm in February. Temperatures are also lower in these months, averaging between 16°C and 18°C with average highs of 20°C and average lows of 13°C. Worth noting is that these might be the coldest months, temperatures very rarely drop to a ‘cold’ level – they have never been recorded reaching below 0°C. They’d be better described as ‘cool’, meaning that these are very comfortable months for walking around without too much rainfall to impact your plans.

The summer months in Hong Kong are typically hot and rainy. There are some typhoons, but more often than not there are simply occasional showers and short thunderstorms. The months of May, June, July, August and September can be more humid than most, with peak rainfall levels at 281mm on average in August. Average levels of rainfall rise from 158mm in May to 237mm in June, before jumping up to 252mm in July, being at their highest in August and dropping significantly again to 166mm in September. Temperatures are also at their highest in these months, peaking at a 29°C average in July and August, with average highs of 31°C and average lows of 26°C.

Average rainfall levels dramatically decrease between September and October. In October, 41mm is the average rainfall spread across approximately 8 days, which means that a majority of your time will be spent under overcast skies, with light rain showers, or in Hong Kong sunshine. Temperatures are also high in October, averaging 26°C with an average high of 28°C and average low of 23°C, which means that the parks, gardens and outdoor spaces can be easily explored.