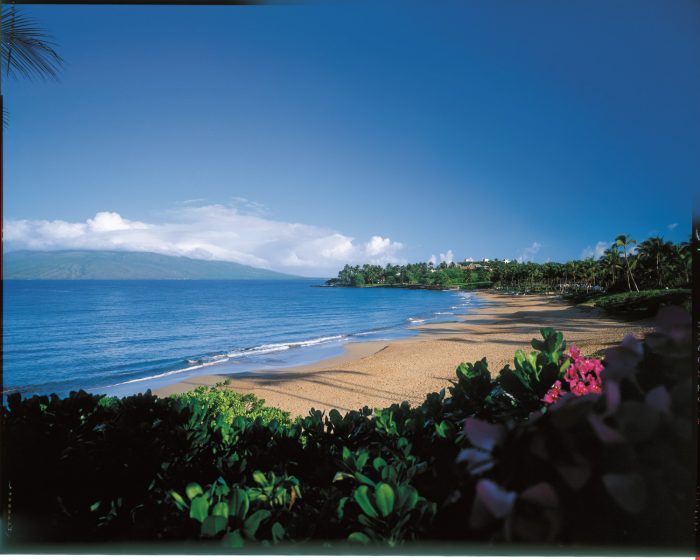 With year-round warm temperatures, Hawaii is welcoming at any time. The weather can change dramatically from month to month, but the islands of Hawaii have so many beauty spots that there will always be somewhere to enjoy whether it’s raining or sunny. Typical tropical weather can be expected, but Hawaii benefits from trade winds from the east that lower the overall humidity. As a result, Hawaii is a particularly comfortable island paradise for a visit in any season.

Be aware that temperatures can vary greatly from lower altitudes, where they rarely go between 18°C, to the summits of mountains where the lowest recorded temperature was -11°C. The weather can differ from island to island, also.

In most parts of Hawaii, the months of January to March are some of the wetter months of the year. In Hilo overall rainfall levels tend to be much higher than in areas such as Kahului and Honolulu, and also fluctuate more wildly. Typical rainfall in Hawaii for January, February and March is around the 80-90mm level, and typical temperatures are around 23°C to 24°C, with average highs and lows of 26°C and 20°C, which means that temperatures are fairly consistent from day to day.

April, May, June, July and August tend to be the drier months across Hawaii, with average rainfall levels in May of 38mm, and with August levels of 34mm and July of 57mm at the higher end of the scale. Again rainfall levels can be much higher in some parts, with July in Hilo seeing around 280mm of rain through the month. Temperatures through these months tend to be around 24°C to 27°C on average, with average highs of 29°C and average lows of 21°C.

September and October are months of moderate rainfall across Hawaii, averaging 61mm in September and 80mm in October. Temperatures in September and October average 27°C, with average highs of 29°C and average lows of 24°C. Rainfall in these months is usually spread by location and across a majority of days through the month, which means that in most cases showers are short-lived. You can always call in to your resort spa for a soothing and relaxing treatment whilst you wait for the clouds to drift over.

Consistently throughout Hawaii, November is the wettest month of the year. Overall, this month sees an average of 124mm of rainfall. In Hilo, 406mm of rainfall is average and in Honolulu it’s 60mm. Temperatures in November and December average 24-25°C with average highs and lows of 27°C and 21°C, though of course if you’re heading to high altitudes you should be prepared for significantly colder. Snow very rarely falls around parts of the world with a climate like Hawaii’s, but it’s not unknown for snow to fall on the peaks through the cooler months. If you’re staying on lower ground, you’ll find that Hawaii is a warm destination year-round for the perfect winter getaway, for a blissful summer holiday or anything in between.