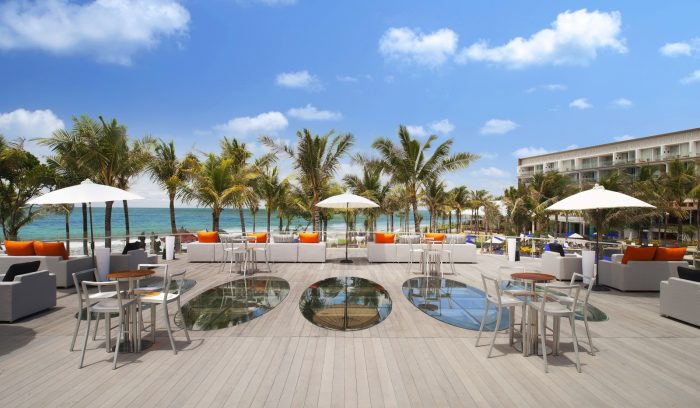 The Indonesian island of Bali has temperatures that barely change throughout the year, and is relatively dry in all seasons. Visit this fascinating holiday destination in the Coral Triangle, and enjoy a wide range of attractions and activities on land and in the sea. It’s worth noting that outside of Bali’s monsoon season, rain is mostly confined to higher altitudes where the temperatures are slightly lower.

In January, February and March, Bali’s rainfall levels average 90mm. This is normally the wettest weather that you’ll experience in Bali (and is more likely on the western side of the island), but even still the low levels of rain are spread across approximately 15 days with the result being a series of light showers rather than anything more intense. With average temperatures of 26°C to 27°C, and average highs and lows of 30°C and 22°C, Bali is warm enough for all of the scuba diving that you could ever want to do. January and February might be the coldest months in Bali, but they’re still beautifully warm with a sea temperature of 29°C.

The weather in Bali can be considered to be moderate in April and May, with rainfall levels averaging 70mm per month. Average high temperatures are 32°C in April and 33°C in May, with average lows of 22°C and 23°C, combining to overall average temperatures of 27-28°C (May being the hottest month of the year). You can explore coral reefs and dive sites, climb Mount Agung and see the tapestries of fields that decorate this fertile island, enjoying the very welcoming temperatures and the comfortable weather.

The months of June, July, August and September are the driest months on the island of Bali, with July and August being notably drier than the earlier and later months. In July and August rainfall levels average 40mm (50mm in June and September), though the rain falls on an average of just 3 or 4 days a month. As a result, you can expect longer rainstorms at this time of year than at any other time, but can relax in the knowledge that you’re unlikely to see more than a day or two of rain on your holiday. Average temperatures in all four months are 27°C, with average highs of 31°C and lows of 22°C.

Between October and December, rain levels gradually increase from 60mm in October to 70mm in November and 90mm in December. These levels are still low overall, and as rainfall levels increase so does the average number of rainy days, which means that the showers are short and infrequent. The western coast of the island is typically wetter than the eastern coast during this season, and temperatures average 27°C on the island. Average highs are 31°C and average lows are 23°C.